This article describes the Cultivation Theory by George Gerbner and Larry Gross in a practical way. After reading you will understand the definition and basics of this powerful communication theory.

What is the Cultivation Theory?

The Cultivation Theory examines the long-term effect of watching television on people. This theory was created in 1976 by the Hungarian-American professor of communication George Gerbner and American screenwriter Larry Gross. Gerbner previously started the project ‘Cultural Indicators’ to examine whether watching television would affect the viewers’ ideas and vision of society and how this was expressed.

His Cultivation Theory is aimed at media effects and suggests that the more time people spend watching television, the higher the chance they will start believing in the social reality as this is portrayed on TV. Following this thought, human perception and interpretation of the world is influenced and distributed through images and ideologies of popular television programmes.

Additionally, the Cultivation Theory is a positivist theory. It assumes the existence of objective reality and value-neutral research.

According to Gerbner, the images and ideological messages that are broadcast via popular television media have great impact on people’s perception of the real world. Television forms a concept of social reality, which changes human perception of actual reality.

The Cultivation Theory suggests that television is responsible for shaping and/ or cultivating ideas and perceptions of television viewers. With time, massive television exposure creates a subtle change in the viewers’ perception of reality. This influence goes so far that their world view and perceptions are reflected by what they repeatedly see and hear on television. In doing so, television provides an independent contribution to the way people perceive social reality. Gerbner indicates that mass media cultivate attitudes and values that are already present in a culture; the media provide a connecting factor and manage and propagate these values among members of a certain culture.

The Cultivation Theory proves that watching television influences individuals when it comes to their ideas, beliefs and assumptions. The television viewer translates the images shown on TV into consistent and universal social values. The theory suggests that the more someone watches television, the greater the chance that he will be influenced by what he sees. This contrasts with others who watch less TV. As such, two groups of television viewers are distinguished; the heavy viewers and light viewers.

In the Cultivation Theory, the focus lies on the heavy viewers. People who watch a lot of television are more influenced by the way the world is framed in television programmes than individuals who watch less. This mainly concerns subjects the viewer has little first-hand experience with. Additionally, the heavy viewer is also susceptible to television programmes that confirm his opinion. A person who is very much against migrants and refugees, has negative ideas about this subject and believes that this leads to unemployment, crime and other problems, will look for TV programmes that confirm these ideas. As a result, he will strongly feel ‘see, I’m right’ and won’t bother to watch programmes that discuss or prove the opposite.

Light viewers, on the other hand, are more open to varying sources of information than heavy viewers. They don’t just limit themselves to television programmes, but also tend to include various newspapers, blogs and other media. This means they are better able to adjust their opinions and perception of society than heavy viewers are. Heavy viewers are very susceptible to resonance; the more similar content they see on TV, the more their opinions and assumptions are influenced. A so-called double dose of messaging on television will only reinforce the cultivation effect.

As it turns out, heavy viewers are generally more anxious than light viewers. This is also referred to as the ‘mean world syndrome’. The Cultivation Theory posits that media in general create a world view that doesn’t fully reflect reality. Often, television images show an exaggeration, fantasy or one-sided image of reality. The handsome and fit women and men without wrinkles, the enlarged crimes, the heinous violence and the excessive sex life of others are poured out over the viewer. It seems like everything that’s shown on TV is the standard. As a result, this television perspective shows viewers an exaggerated and distorted world that doesn’t entirely match reality. Research has shown that the heavy viewer has a higher risk of depression and loneliness. They also more often feel alienated and are more distrustful towards society.

In a study, a group of students was only shown action programmes during a test period of six months. After this period, they were more prone to believe that the world was a very dangerous place. They also deemed it likely to become personally involved in a violent incident. This was contrary to the control group that also consisted of students. In the same six-month test period, they mainly watched non-action programmes. After this period, their world view was opposite to that of the first group and they had no negative perception of society and no fear of being involved in a violent incident.

Research also shows that heavy viewers are more willing to answer questions. Their answers match the messages or images that were most frequent or repeated on television.

Additionally, the Cultivation Theory is used to demonstrate the relationship between violence and television. For example, the theory could explain why children display violent behaviour after watching a lot of violent cartoons. The repeated exposure to violence on television reinforces the existing convictions that the world is a dangerous place. It also strengthens the perception that violence is a natural response to conflict situations.

Throughout the years, television has offered a variety and wealth of ideas, assumptions and beliefs concerning a great range of social and cultural dynamics. This leads to a clearly defined image that heavy viewers, among others, are shown. This influences them, and they absorb everything they see and use it to navigate the ‘real’ world. This constant exposure cultivates specific values, convictions, attitudes and desires in people and heavy viewers in particular. It shapes their perception of the world and eventually affects how they perceive others. This means the thought process and behaviour of people is driven by what they see. Today, viewers place increasing trust in what they see on television, as well as on social media.

What do you think? What is your experience with the Cultivation Theory? Do you recognize the practical explanation or do you have more additions? What type of television viewer are you?

Add a link to this page on your website:
<a href=”https://www.toolshero.com/communication-skills/cultivation-theory-gerbner-gross/”>toolshero: Cultivation Theory by Gerbner & Gross</a> 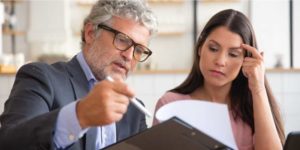