This article provides a practical explanation of Ambidextrous Leadership. After reading this article, you will understand the basics of this powerful leadership tool.

What is Ambidextrous Leadership?

In general, ambidexterity refers to the ability to use both the left and the right hand equally. The word ambi is derived from Latin and means ‘both’. Dexter means good or favourable, which makes ambidexterity ‘both favourable’.

Ambidexterity in organisations refers to the fact that the organisations use both exploration and exploitation techniques simultaneously to be successful. This entails that the circumstances and opportunities must be utilised by conducting business activities that redefine the current business model by taking risks.

If the organisation performs well on both fronts—exploration and exploitation—it’s capable of experiencing fast and continuous growth.

Companies that focus too much on exploration, run the risk of wasting resources on ideas and concepts that might not be useful or feasible, or that can never be developed. On the other hand, there are organisations that focus on exploitation too much; they are unable to achieve an optimal level of success.

The term ambidexterity was first used by Robert Duncan (1976). However, it was James March who popularised the concept at the beginning of the 20th century. Therefore, it was March who was credited with developing and generating interest in this concept.

Often, this concerns striking the right balance, such as the balance between efficiency and flexibility, low costs versus differentiation, global integration versus local reactive capacity, and short-term profit versus long-term growth.

Balancing exploitation and exploration is a definition, or requirement, of organisational ambidexterity that has concrete links to the ambidextrous leader. This allows him or her to simultaneously carry out various exploratory, learning or investigatory activities that are related to discovering new knowledge or market opportunities. This boosts innovative developments intended to safeguard the organisation’s future and generate durable economic profit.

Research by Rosing shows that exploration is linked to radical innovation, to creating new product markets and the development of new technologies. The profile of the ambidextrous leader is often linked to knowledge expansions and technological breakthroughs.

Exploitation on the other hand can be connected to refining and expanding existing competencies, techniques and technological masterpieces that create return. Rosing studied this principle as well and discovered that, in the innovative context, exploitation particularly refers to implementation.

Naturally, each organisation requires a different type of leadership at different moments. The environment is often highly competitive and is confronted with various complex circumstances. A good leader must therefore be ambidextrous and have the ability to carry out different actions simultaneously and undergo multiple multi-level learning processes.

This adaptive ability means that ambidextrous leaders have the ability and skills to compete with their organisation in a highly changing market where emphasises lies on incremental innovations, efficiency and cost saving. On the other hand, they must also have the ability to thrive in an environment that focuses on flexibility, speed and radical innovations.

The same is demonstrated in a study by Chang and Hughes, who concluded that good leadership behaviour is characterised by the capacity to adapt, be tolerant regarding risks and making employees aware of the necessity of ambidexterity. For this reason, Ambidextrous Leadership is generally viewed as the ideal leadership style.

The challenge is to convert the term ambidexterity into a realistic organisational setting. O’Reilly and Tushman conducted research into this matter and discovered clear indications to embrace ambidexterity. First, they require that the decision of the ambidextrous leader must have a clear and strategic intention. This intention must contain both exploratory and exploitative possibilities. Furthermore, ambidextrous leaders must create a shared vision and culture in which a joint identity maintains a healthy balance between exploration and exploitation.

The ambidextrous leader can take a step back to identify the decisiveness of others. The style has been well documented throughout the years, and each and every time it turns out that it requires someone with a clear sense of direction for the organisation and who can offer both support and freedom to individuals.

It’s not easy, certainly when people in the organisation are already used to a different leadership style. It’s also difficult to know when to take a step back and when others must be given more responsibility.

What Do You Think?

How to cite this article:
Janse, B. (2019). Ambidextrous Leadership. Retrieved [insert date] from ToolsHero: https://www.toolshero.com/leadership/ambidextrous-leadership/

Add a link to this page on your website:
<a href=”https://www.toolshero.com/leadership/ambidextrous-leadership/”>ToolsHero: Ambidextrous Leadership</a> 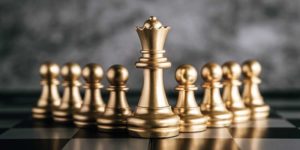