Walt Disney (Walter Elias Disney; 5 December 1901 – 1966) is one of the most globally known American film producer, film director, voice actor, business magnate, and philanthropist. He transformed the entertainment industry and is the pioneer and innovator of cartoon films. Together with his brother Roy Disney, he also co-founded Walt Disney Productions and Disneyland.

Walt Disney was born in Illinois but spent his childhood in Marceline. His family consisted of seven family members and he grew up with three brothers and a sister. His family members were farmers but they were experiencing difficulties at the farm. At a young age, the family moved to Kansas City where other relatives such as Walt Disney’s uncle also lived. In this time, he helped his father covering costs by selling newspapers as a paperboy. He additionally sold newspapers and snacks in the train he traveled with.

While he was still identifying his own identity, Walter already starts drawing pictures to family members, friends, and neighbors. He attended Mckinley High School in Chicago where he followed drawing and photography classes. He also voluntarily contributed to designing cartoons for the school newspaper. Walt Disney’s interests in cartoon kept increasing, and consequently, he attended additional night classes at the Chicago Art Institute to improve his art skills.

Even though Walt Disney was improving his art skills what he was passionate about, he joined the Red Cross to drive an ambulance in France at the age of 16 during World War 1. His contribution to the army lasted for one year and he returned to the United States in 1919.

Back in Kansas City, Walter started to work as a draftsman at the Pesmen-Rubin Art Studio. During his career at the company, he met Ubbe Iwwerks, later known as Ub Iwerks, who eventually contributed to Walt Disney’s success. Walt Disney later worked at the Kansas City Film Ad Company, where he worked with animation commercials. He was experiencing and experimenting with cameras and later opened his first animation business.

The first stage of the business was an immediate success. After an agreement with a local Kansas City Theatre to launch the cartoon ‘Laugh-O-Gram’ and ‘Alice in Cartoonland,’ consisting of animation and live-action, became tremendously popular among people. Revenues were increasing, and as a consequence, Walt Disney and Ub Iwerks established studio Iwerks-Disney Commercial Artists. However, by 1923, the company did not have sufficient funds anymore to cover all liabilities. As a result, the company was forced to declare bankruptcy.

Walt Disney is the pioneer of cartoons, and for this reason, learning effects only occurred by doing practical work and experimenting. He was not able to learn from others in the field. However, the combination of Walt Disney’s entrepreneurial ability and the collaboration with his brother and Ub Iwerks caused a new partnership with animator Margaret Winkler. The three collected their savings, and within short-term, new cartoons were created such as The Alice Comedies and Oswald the Lucky Rabbit. However, unfortunately, Margaret Winkler stole legal rights to Oswald the Lucky Rabbit.

Walt Disney, his brother, and Ub Iwerks, immediately established Disney Brother’s Studio to create new animations. They created ‘Plane Crazy’ and ‘The Gallopin’ Gaucho,’ which were later known as Mickey Mouse. They followed with the creation of ‘Steamboat Willie’ and included Walt Disney’s voice.

He kept on producing new cartoons, and with the mixture of his voice and music, the cartoons increased in popularity. By 1929, he created ‘Silly Symphonies,’ which included Minnie Mouse, Donald Duck, Goofy, and Pluto. They also innovated their cartoons into colored ones. ‘Flowers and Trees’ was the first cartoon distributed in color and even won an Oscar in that time. He wanted to keep innovation continuing, and consequently, the company started to produce full-length animated films in 1934. The results went beyond their expectations because even during the Great Depression from 1937 until 1938, Walt Disney’s revenues increased to almost $1.5 billion due to the launch of ‘Snow White and the Seven Dwarfs’. The movies won eight Oscars, and additional full-length films were immediately created, including Pinocchio, Fantasia, Dumbo, and Bambi.

While the company results looked positive, Walt Disney experienced a setback in 1941 when his animation workers ceased. Many of his employees later left the organization. During this time, Walter simultaneously opened a new location for Walt Disney Studios, but due to the lack of employees, it had a major impact on the operations of Walt Disney Studio. However, from 1950, Many other animation movies soon released such as Cinderella, Alice in Wonderland, Peter Pan, Lady and the Tramp, Sleeping Beauty, and 101 Dalmatians.

Next to the animation movies, Walt Disney additionally created cartoon television series such as Zorro, Davy Crockett, and The Mickey Mouse Club.

In 1955, the first Disneyland theme park opened in California. The opening went tumultuously, and the theme park became the place to visit where families could explore, ride attractions, and meet Disney characters. The park became globally known and its revenues increased tremendously. Because of this, Walt Disney expanded the business overseas to Tokyo, Paris, Hong Kong, and recently to Shanghai.

Walt was diagnosed with lung cancer while he was planning to open a new theme park in Florida. He furthermore received various Emmy Awards, an award that recognized excellence in the television industry, four honorary Academy Awards, including honorary degrees from Harvard, Yale, and the University of Southern California. He was also awarded the France Legion of Honor and Officer d’Academie decorations, the Showman of the World Award, and many other rewards and recognitions were given.

He married Lillian Marie and the couple gave birth to two children. Their first child died from a miscarriage but they gave birth to Diane Marie. They later adopted Sharon Mae.

Next to this, he established California Institute of the Arts, also known as CalArts, an organization recognized as a game-changer in the education of professional artists.

Walter’s brother carried on his plans to finish the new theme park. Walt Disney World in Florida was officially opened in 1971. Even though Walt Disney died, he is perceived as a remarkable person in the film industry. He first sold newspapers to travelers, then worked as an animator, and finally created Disney Studio’s, which is currently the best motion picture company in the world.

How to cite this article:
Zeeman, A. (2018). Walt Disney. Retrieved [insert date] from ToolsHero: https://www.toolshero.com/toolsheroes/walt-disney/

Add a link to this page on your website:
<a href=” https://www.toolshero.com/toolsheroes/walt-disney/”>ToolsHero.com:Walt Disney</a> 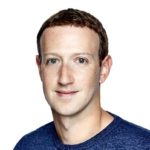 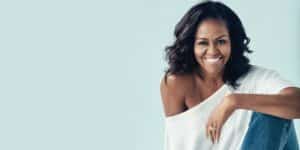 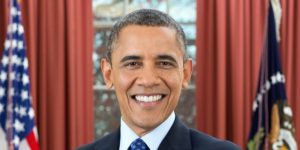