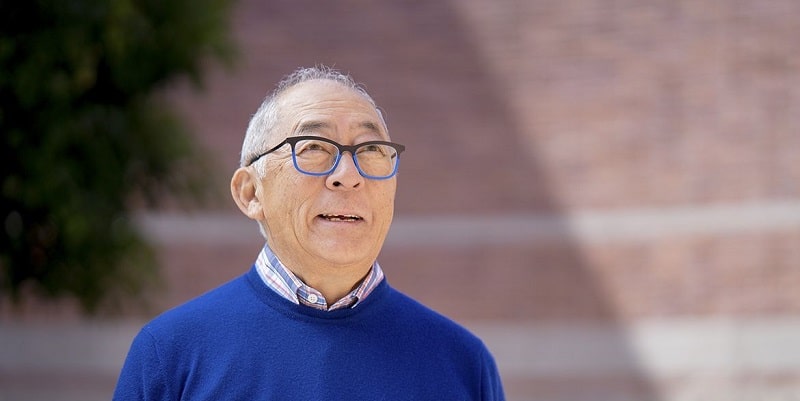 William Ouchi (William G. “Bill” Ouchi; 1943) is an American Emeritus Professor at the UCLA Anderson School of Management. He is an author and expert in the field of management and organizational systems. William Ouchi authored the New York Times bestseller ‘Theory Z: How American Business Can Meet the Japanese Challenge,’ in which William Ouchi features a combination of Douglas McGregor ’s Theory X and Y. Moreover, he authored various books regarding school systems such as ‘Making Schools Work: A Revolutionary Plan to Get Your Children the Education They Need,’ and ‘The Secret of TSL,’ a guide to the revolutionary reforms that are changing public education.

William Ouchi was born in Honolulu. He spent his childhood in Hawaii and attended the Punahou School where he graduated in 1961.

After his studies, William Ouchi worked as a co-chair member at UCLA Anderson School of Management. He started to research to new ways to organize large and public school systems to improve students’ accomplishments. Various research of William Ouchi has been published in his books and publications. Next to this, he also served as a Distinguished Professor of Management and Organizations, and a Sanford and Betty Sigoloff Chair in Corporate renewal, both at UCLA Anderson School of Management in Los Angeles.

He additionally both co-founded the Riordan Program, a part of the UCLA Anderson School of Management that provides leadership and management training to diverse individuals. He also is the chairman of this program.

His expertise was and still is in high-demand, and because of this, William Ouchi served as Special Policy Advisor to the Los Angeles Mayor Richard J. Riordan in 1993. He consequently additionally worked as Mayor Riordan’s Chief of Staff from 1993 until 1995, and he also was a Trustee of the William College.

Many of his publications such as ‘Making Schools Work: A revolutionary plan to Get Your Children the Education They Need’ has already been implemented by various school systems in New York, Chicago, Oakland, and Hawaii. His point of view is universal and can be used be used at any school or other organization.

His research regarding how to improve efficiency in large and complex organizations, and how these can be restructured, has already been applied by many organizations in multiple industries, including retail chain stores, automobile industry, and federal agencies.

He serves on the board of the Los Angeles Alliance for College-Ready Public Schools, an organization with a network of high-performing high schools and middle schools in low-income communities dedicated to providing exceptional public education to all students, regardless of their background or geographical location.

The same accounts for the Hilton Foundation, an organization dedicated to alleviating human suffering, where William Ouchi also serves on the board since 2006. The organization is continually seeking ways to improve the lives of disadvantaged and vulnerable people throughout the world.

William Ouchi is also actively involved for approximately twenty years on the board of business-related enterprises such as Sempra Energy, a Fortune 500 company which continuously seek sustainable energy solutions for every-day consumers.

His view and thoughts related to innovating organizational systems have been utilized by various organizations such as FirstFed Financial Corp, First Federal Bank of California, EduVoice, Allegheny Technologies, AECOM, Pacific Enterprises, Jandy, and various other organizations at which he worked as a director. Next to his contributions, William Ouchi furthermore served on the editorial boards of numerous scholarly journals and an advisor to granting agencies.

He received several teaching awards, including the UCLA Medal of Teaching Excellence and other awards such as the Asian Woman Warrior Award, and the Grand Prix des Meilleurs Livres de Management for his book ‘Theory Z: How American Business Can Meet the Japanese Challenge.’

William Ouchi recently retired as a Distinguished Professor of Management and Organizations, and a Sanford and Betty Sigoloff Chair in Corporate renewal, both at UCLA Anderson School of Management in Los Angeles in 2017

He still is an independent director at Sempra Energy, but he also serves as a Vice Dean-Executive at the University of California, and as an Associate Director at Clinical Translation Science Institute.

William Ouchi’s contributions look to be forever lasting. He spent his life and career improving organizational systems and helping poor and disadvantaged people. He believes in equal opportunities and sees chances where others find challenges. He currently lives together with his wife Carol in Santa Monica. The couple has three children and five grandchildren who live in Los Angeles.

How to cite this article:
Zeeman, A. (2018). William Ouchi. Retrieved [insert date] from ToolsHero: https://www.toolshero.com/toolsheroes/william-ouchi/

Add a link to this page on your website:
<a href=” https://www.toolshero.com/toolsheroes/william-ouchi/”>ToolsHero.com:William Ouchi</a>