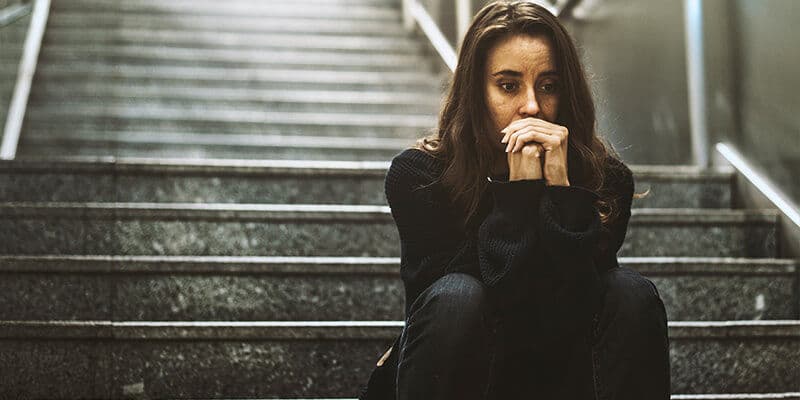 This article describes the HEXACO Personality Test, developed by Kibeom Lee and Michael C. Ashton in a practical way. After reading you will understand the basics of this powerful personal and self analysis tool.

What is the HEXACO Personality Test?

In their book ‘The H Factor of Personality’, Canadian (organisational) psychologist Kibeom Lee and Michael C. Ashton describe why, for example, some people are manipulative and others materialistic. They do this based on the so-called HEXACO Personality Test. This model can map human personalities. The letters are an acronym for Honesty-Humility, Emotionality, eXtravesion, Agreeableness, Conscientiousness and Openness to experience. The purpose of the HEXACO Personality Test is to provide as complete an image of human personality as possible. For this, they utilise a survey that can be used both for self-report and observation. There are short versions with about 60 questions in circulation, as well as longer versions with over 100 questions. 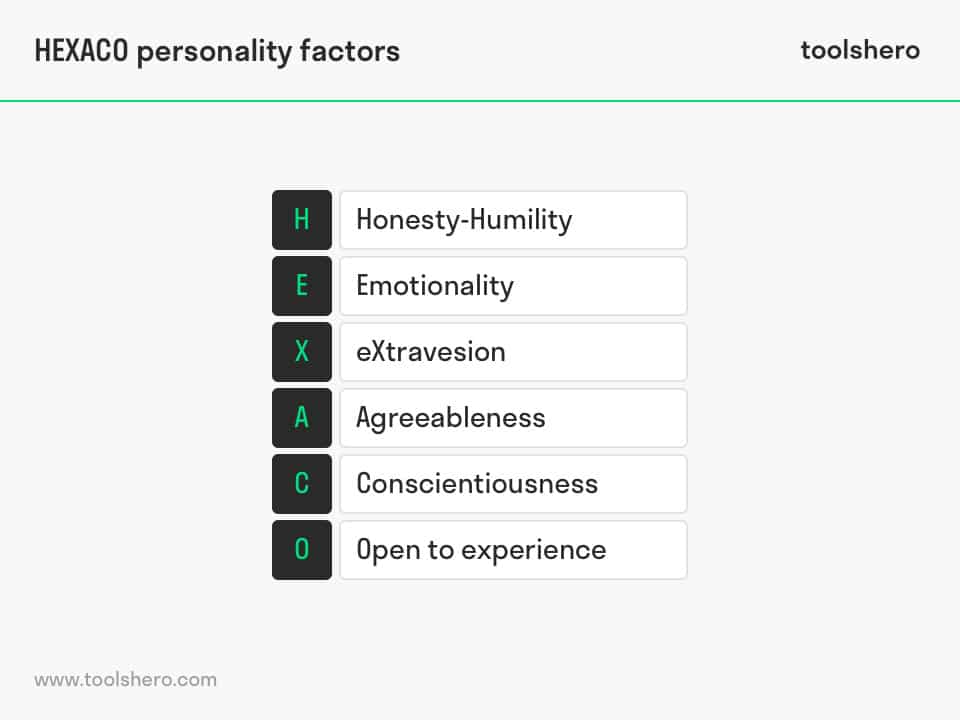 A Closer Look at HEXACO

The HEXACO Personality Test consists of 6 dimensions of human personality. Each of these 6 factors has characteristics that indicate a high or low level of the dimension concerned. The HEXACO Personality Test assumes that personality traits that are important in society can be explained in words. The traits are described in such a way that they can be understood in multiple languages. This was researched in many different languages in order to gain as global a view of personality traits as possible. The personality factors are then divided into sub-categories and the questions belonging to these can be answered with a so-called 5-level Likert scale. Here, score 1 means ‘strongly disagree’ and score 5 means ‘strongly agree’. The following are the 6 factors, their facets and the characteristic, personality describing adjectives:

This item of the HEXACO Personality Test covers to what degree people are sincere, fair and modest and avoid greed.

When people score high on integrity, it’s unlikely they’ll be able to manipulate others. They’re not out for personal gain and won’t easily break rules. They are uninterested in lavish wealth or other luxuries belonging or referring to a certain social status.

Conversely, people who score low on integrity are selfish and prefer to put themselves first. Unlike the other group, they’re very attached to material gain. When it suits them or when it’s to their benefit, they can easily break rules. Manipulating others for personal gain is in their nature, they don’t shy away from exploiting others for their own needs.

This concerns the extent to which people feel fearful, concerned, dependant and sentimental.

When people score high on emotionality, they’ll be more easily worried, concerned or fearful and recognise danger. They also require emotional support from others and will be more worried about others and empathise with them.

People scoring low on emotionality will be more distant and independent. They’re less interested in others and are less easily emotionally involved. They hardly know fear and aren’t bothered by stress. They’ll fully commit themselves in dangerous situations.

This item of the HEXACO Personality Test concerns the extent to which people are high-spirited and express this to people around them. They love any social situation, seek out the bustle and feel completely at home at parties and other crowded events.

When people score high on extroversion they feel completely at ease when they’re the centre of a group, have to address a large crowd or when they’re expected to suddenly take the lead. They like any social gathering and enjoy talking to strangers.

People that score low on extroversion are exactly the opposite. They’re reserved and value their privacy. They’ll be more likely to keep to the background and prefer to avoid crowded birthday parties. When they’re the centre of attention, they don’t feel at ease and would prefer the ground to swallow them whole in such a situation.

This item of HEXACO Personality Test concerns the extent to which people are gentle, forgiving, flexible and patient.

When people score high on agreeableness, they’ll be quick to look for compromises when there’s a difference of opinion. They avoid conflicts or want to placate with a compromise. They’re patient, remain calm in difficult situations and keep their anger in check. They choose cooperation with others over personal gain.

On the other side are people who score low on agreeableness. They have little patience, will be angry more quickly and confront others. They’re critical of others, don’t easily admit their own mistakes and find it difficult to forgive.

This concerns the extent to which people are tidy, hard-working, perfectionistic and thoughtful.

People that score high on conscientiousness are good in organising, disciplined, work in a goal-oriented way, are precise and strive for perfection.

This item of the HEXACO Personality Test concerns the extent to which people are curious, open and creative and like unconventional things.

Those who score high on openness (to experiences) are interested in anything new, enjoy art and culture, often use their imagination and like listening to inspiring speakers.

Those who score low on openness to experience are conventional, don’t like change and aren’t attracted to strange ideas. This group generally doesn’t choose jobs that are creative and/or free.

Add a link to this page on your website:
<a href=”https://www.toolshero.com/psychology/hexaco-personality-test/”>ToolsHero: HEXACO Personality Test</a>